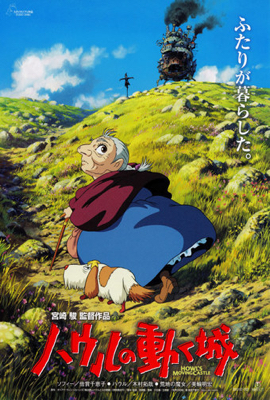 Sophie, the eldest daughter running a hatter shop, has a run in with Howl, an infamous wizard whose moving castle roams the wilderness outside of the city. Howl’s nemesis, the Witch of the Waste, takes note of their attraction to each other and places a curse on Sophie, turning her into an old woman. Sophie ventures out into the wilderness and finds Howl’s castle. She meets Calcifer, the fire demon that powers the castle. Calcifer begs Sophie to help him break his contract with Howl; unfortunately the terms of the contract forbid him from giving any specific details. Sophie stays on at the castle as a cleaning maid and a surrogate mother figure to Howl.

Howl is summoned before the king to be drafted into his army for an impending war. Howl despises war and violence, and fears the king’s chief witch, Suliman, will lay a trap for him. He sends Sophie in his stead, but Suliman sees through the ruse. Suliman has already captured and neutralized the Witch of the Waste, who is now a harmless old hag. Howl appears and rescues Sophie - and the Witch of the Waste - and moves his castle to a new secret location. The new location, however, is right in the path of the air raids from the opposing kingdom, and Howl risks his life and his humanity to turn into a flying beast and deflect the bombs. Sophie decides to destroy the castle by carrying Calcifer outside its walls, and then has Calcifer animate what’s left of the rubble to carry them to Howl. The Witch of the Waste realizes that Calcifer has Howl’s heart, and tries to snatch it for herself. This causes the remaining pieces of the castle to crumble, and Sophie falls into a crevasse.

Sophie awakens amidst ruined pieces of the castle, including a doorway that leads her to Howl’s past. She witnesses the first meeting of Howl and Calcifer, when Howl agreed to give Calcifer his heart in exchange for Calcifer’s magic. Sophie returns to the present and reunites with Howl. She begs for Howl’s heart from the Witch of the Waste, who reluctantly surrenders it when she sees Sophie’s devotion. Sophie reunites Howl with his heart, freeing Calcifer. Suliman spies on the proceedings and decides to let Howl go, and goes to negotiate a cease fire. Calcifer decides to remain with them and power a new castle. Sophie, who has regained her youth, lives happily ever after with Howl. 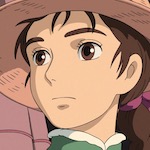 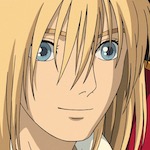 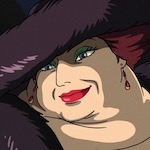 The Witch of the Waste
Akihiro&nbspMiwa 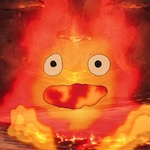 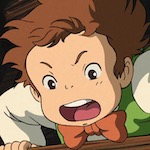 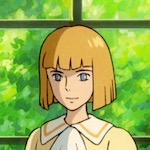 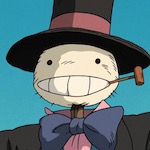 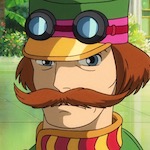 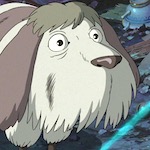 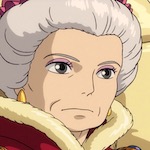 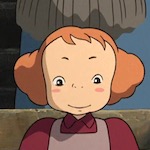 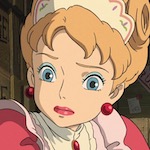 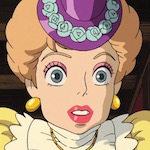