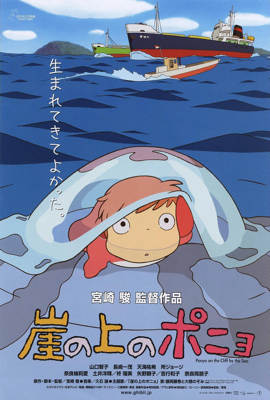 Fujimoto has forsaken the human race and now lives under the sea with his brood of children. One of his daughters, Brunhilde, runs away and visits the surface. She meets a young boy, Sosuke, and they form an immediate bond. Sosuke, unaware that she is anything more than a fish, nicknames her “Ponyo.” Fujimoto sends water spirits to retrieve Brunhilde. Back at their home, Brunhilde refuses to answer to her given name and only goes by Ponyo. Furthermore, through her contact with Sosuke she gained the ability to grow human-like appendages. Fujimoto subdues her and returns to his work. Fujimoto is actually hard at work brewing elixirs that, when released, will trigger an explosion of sea life not seen since ancient times, which will flood the surface and wipe out humankind as punishment for their transgressions against the ocean.

Ponyo escapes from her confinement and stumbles into Fujimoto’s lab, where the magic allows her to complete her transformation into a human child. She races to the surface and reunites with Sosuke. However, Ponyo’s actions have caused an imbalance in nature, and Sosuke’s home is threatened with tsunamis. Fujimoto calls upon Ponyo’s mother, the Mother of the Sea, to figure out how to set things right. While Fujimoto still desires to bring Ponyo home, her Mother thinks it’s best to allow her to completely transform into a human, which would leave her stripped of her magic powers and restore the balance. Fujimoto is apprehensive; Ponyo requires love to become a human, otherwise she could be turned into sea foam in the attempt.

Sosuke and Ponyo venture out into a flooded city to find Sosuke’s mother, Lisa. As they travel, Ponyo becomes more and more tired, and begins to revert to her fish form. Sosuke is reunited with Lisa, who has been talking with the Mother of the Sea. She speaks to Sosuke and asks him if he loves Ponyo for who she is, regardless of whether she is a fish or a human. Sosuke does, and Ponyo’s Mother casts the spell to complete Ponyo’s transformation. Sosuke must kiss the bubble carrying Ponyo’s fish form to make her fully human. The flood waters recede from the town. As Sosuke looks over the scene, Ponyo leaps from his hands into his face, kissing him first. 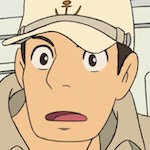 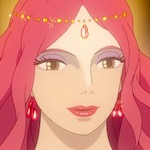 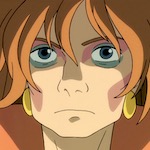 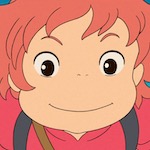 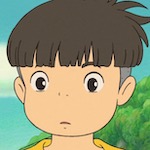 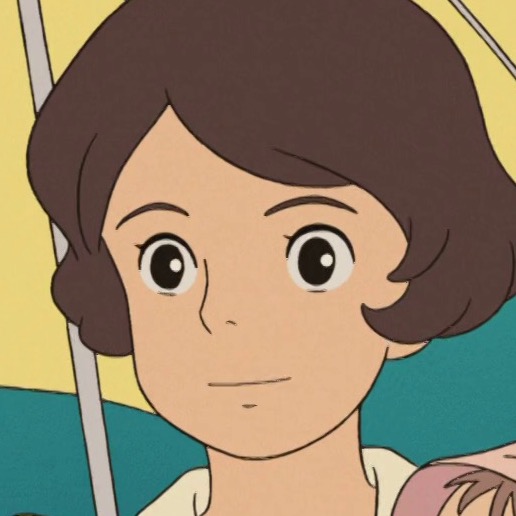 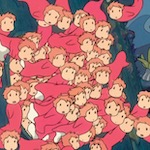 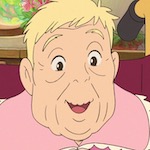