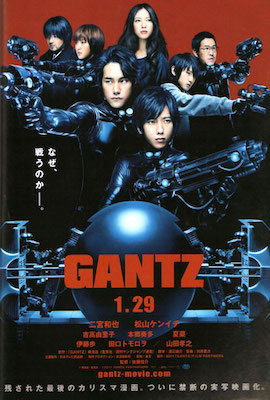 Kurono and Kato are former schoolmates who are seemingly killed while trying to escape the path of an oncoming commuter train. They wake up in a sparsely furnished apartment with several other recently dead people and a featureless black orb. The orb, which is called “Gantz,” equips them with specialized armor and weaponry and transports them to a playing field, somewhere in Tokyo, where they are ordered to hunt down and eliminate an alien. Nishi, a sly teenager, convinces them that they are part of a new virtual reality game show, and that whoever kills the alien gets a prize. Several of the team members succeed in killing the target alien - a small child - but are in turn slaughtered by the alien’s parent. Kato and Kurono barely escape being killed thanks to the efforts of Kishimoto and Nishi. When Nishi kills the parent alien, the surviving teammates are transported back to the Gantz room. Kurono turns on Nishi, who knows more about their situation than he’s letting on, but before he can make him talk, Gantz transports them out of the room and back to their own homes.

Kurono goes about his day trying to figure out if the Gantz experience was real or not, and stumbles upon the damaged area of town where they were deployed the night before. He also meets Kishimoto, who confirms the Gantz events by producing a suit of armor, which she kept. She had been taken by Gantz after committing suicide, but after meeting Kato she has changed her mind about dying. Kato has nightmares about the mission and fears they will take him away from his younger brother, Ayumu. Gantz summons them all again to the mysterious apartment and gives them another mission. Nishi reveals that he is a veteran Gantz player, and is seeking to earn 100 points so he can escape the game. The next mission, however, proves fatal to Nishi. Before dying, Nishi begs Kurono to score 100 points so he can resurrect him; the 100 point menu offers the choice between leaving the games or resurrecting a fallen comrade. Kurono decides to fight for 100 points, so he can eventually bring back all the dead Gantz players.

On the third mission Kurono grows cocky, and fails to protect several of the new team members from being killed by the aliens. Kato, Kishimoto and Kurono all face down a possessed statue of Buddha, which declares war on the Gantz players in revenge for killing its friends. Kishimoto and Kato are both fatally wounded, but Kurono manages to repel the Buddha. Kurono is transported back to the Gantz room, and is grief stricken when he realizes that Kato is dead. Kurono nearly commits suicide by once again standing in front of a commuter train, when he is saved by Tae, one of his classmates who has developed a crush on him. Tae confesses her love for him and gives him a reason to keep living. Tae and Kurono decide to look after Ayumu until Kurono can earn the points he needs to resurrect Kato. 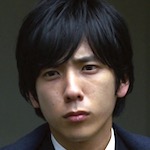 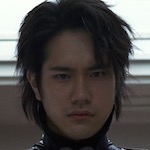 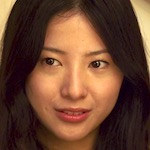 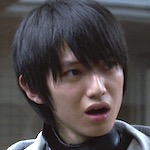 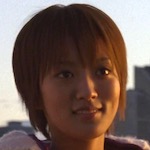 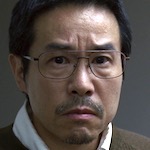 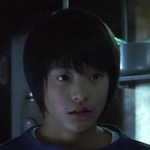 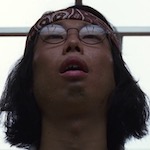 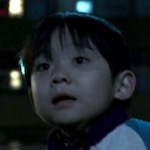 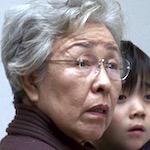 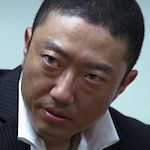 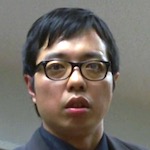 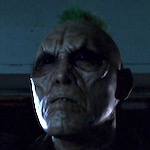 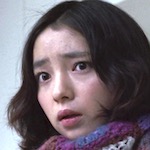 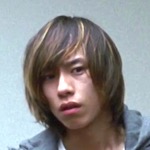 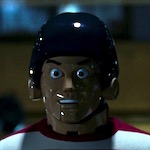 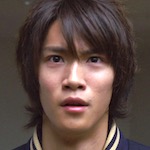 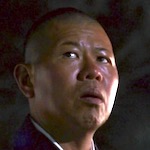 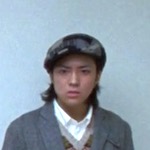 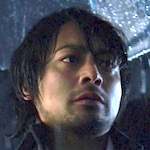